Review of Dean Deppe's All Roads Lead to the Text: Eight Methods of Inquiry into the Bible 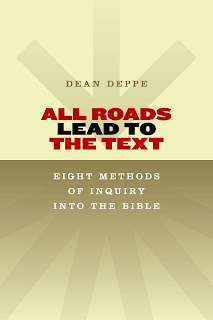 Dean B. Deppe. AllRoads Lead to the Text: Eight Methods of Inquiry into the Bible. Grand Rapids: Eerdmans, 2011. Pp. xvi + 411. ISBN 978-0-8028-6594-6. $25.00 paper.
Dean Deppe, professor of NT at Calvin Theological Seminary, contends that the eight different routes proposed in this book will lead to the same place, “a clearer and more profitable understanding of the meaning of the biblical text” (p xii). While he provides the reader with a full complement of examples for the way this might happen (especially with the use of Logos Bible Software), one is sometimes left wanting further justification for some of his conclusions, which follow a “conservative Reformed perspective” (p. 247).


Chapter one wrestles with issues associated with passage delimitations, genre, and literary techniques that influence textual meaning (e.g., chiasm and inclusio). Chapter two provides guidelines and instructions for using tools from Logos that allow the interpreter to analyze words, phrases, and clauses.  Deppe also looks into the importance of sentence structure and word order when recognizing emphasis. He concludes by pointing out the importance of comparing translations of the biblical text. Chapter three offers a discussion of structural analysis. He begins by focusing on entire biblical books and then moves to their constituent paragraphs, and then finally to the clausal level. The centrality of discourse analysis, as practiced by Steven Runge, is evident here.


Chapter four focuses on the literary context. Deppe argues that the material that comes before and after the passage under study is crucial. The force of this claim is supported with examples in which biblical writers put similar content in different literary contexts. He concludes that redaction criticism may be a more helpful interpretive strategy than simple harmonization. Chapter five surveys the field of historical and cultural background. Deppe suggests that interpreters should draw on the findings from the material culture. He recognizes the centrality of the OT for understanding the NT, and he provides a discussion of intertextuality. Finally, he discusses the need to come to reasoned conclusions concerning issues of authorship, date, provenance, and addressees.


Chapter six argues for reading current commentators as well as listening to interpreters from Church history. The primary reason for studying the history of interpretation is to become aware of interpretative options that were not considered in the original engagement with the text. Chapter seven discusses theological exegesis, an approach that brings to the fore theological themes and concepts. Deppe begins with examples of the way theological presuppositions may overly influence one’s interpretation. Because of this, he argues for the interrogation of one’s presuppositions in order to reduce the likelihood of textual prejudgment. He suggests that readers make their theological assumptions explicit and reflect on their cultural and psychological profile. This chapter concludes with a discussion of biblical theology and a call to organize the canonical meaning along the lines of creation, fall, redemption, and consummation.


Chapter eight introduces spiritual exegesis and opens with a survey of precritical, critical, and postmodern exegetical assumptions. This gives rise to an argument for the insufficiency of the historical-critical approach. Before offering several skills needed when doing spiritual exegesis, Deppe addresses several dangers likely to occur when practicing it. He concludes the chapter with the way his eight routes work when interpreting Mark 6:45-51. Deppe has written a useful guide to biblical exegesis and those looking for ways to integrate Logos Bible Software into their biblical language research will benefit from the step-by-step instructions he provides, while others will find his numerous biblical examples thought-provoking.
Posted by J. Brian Tucker at 1:39 PM 1 comment: 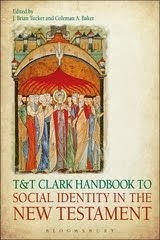 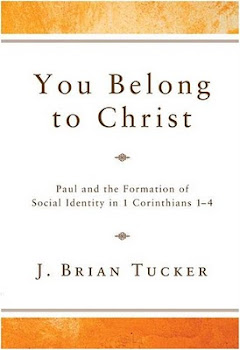 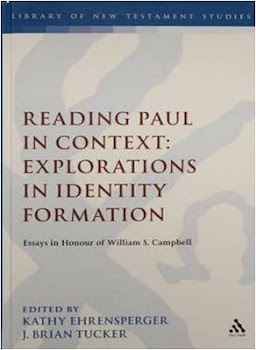